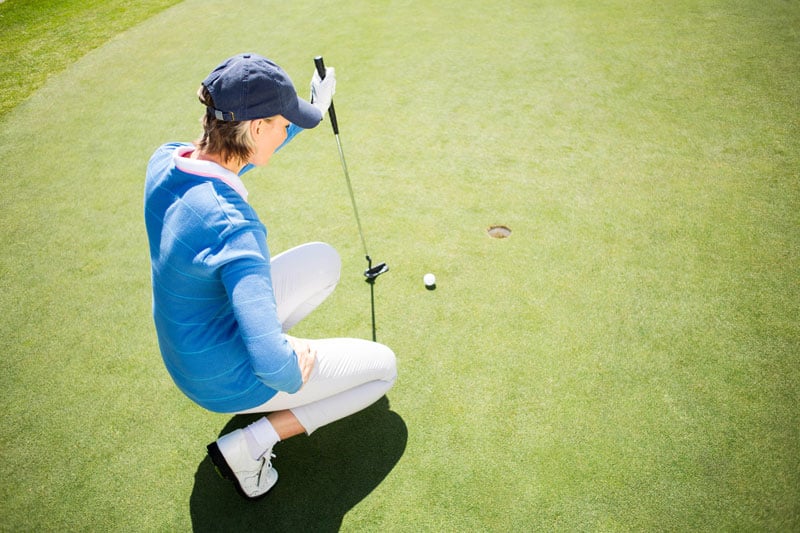 Currently, the Cleveland Browns are at 2 wins, 4 losses and 1 tie. Those standings might not sound too impressive, but for the Browns, who didn’t win a single game in 2017, it’s just great to have a win. Two is icing on the cake! But they still haven’t managed to post a winning season yet, which begs the question, is the team’s mental game keeping them from having a winning season?

What you don’t see in these standings is the fact that four out of seven of these games have gone into overtime. During last week’s post-game discussions, Michael Strahan said he thought the scale could be tipped towards the winning side if the Browns just had a more positive outlook, and felt like they could win games. Coming off a winless season can do a lot to your mental game, and when you get in those tight situations, especially the stress of overtime, the team with the positive mental outlook often has the edge.

We know the golfers out on the course at High Meadows Golf & Country Club aren’t playing in front of a national audience for millions of dollars like the NFL players. But the importance of a positive attitude and a good mental game are the same whether you’re playing a few rounds of golf with friends or hoping to score the game-winning field goal. Sports psychologists have researched and put into practice many techniques that can help improve your mind game. We’re sharing a few here to help you exercise your brain, and with a little practice you might just see positive results on the golf course.

Keep Focused.
It’s important to keep your brain trained on the activity at hand, whether it’s a drive from the tee or a putt on the green. Focus plays a key role in helping you perform your best out on the golf course. It’s easy enough to understand how letting your mind wander, trying to figure out the best title for your proposal the next day or thinking of what you need to pick up at the store for dinner, can distract you enough from the game to cause you to miss a shot. The key is to stay in the moment. But that’s a pretty tough order for anyone these days, in a world where we’re constantly bombarded with texts and emails and feel like we have to multi-task constantly. Our brains have lost the ability to focus.

You can also improve your concentration with exercise, just like you would do weight lifting to build muscle. Things like adult coloring books and Sudoku have a reputation for helping improve concentration.

Visualize Success.
Part of focusing on your golf game and staying in the moment includes visualizing how you want your shot to go. Sports psychologists use visualization as one of their primary techniques. When you get up to make that crucial putt, close your eyes, take a deep breath, and use your mind’s eye to think through exactly what your arms will do and where the ball will go. Then open your eyes and make the putt. It’s a good idea to practice visualization techniques before you head out on the course so you don’t hold up the game for your buddies while you’re playing your shot over in your head.

Stay Positive.
Both visualization and focusing rely on a third, very integral part of sports psychology, which is the power of positive thinking. This is what might be tripping up the Cleveland Browns. When they’re tied and go into overtime, rather than thinking they’ve got this one in the bag, they might be thinking that they’re doomed to lose. They couldn’t pull off a win at all in the 2017 season, and couldn’t pull off a win in four quarters of this game, what makes them think they have a chance at winning?

Instead of letting your inner voice talk you down, use it to pump you up. Tell yourself you’ve got this, that you’re strong and can make a long, straight drive off the tee. If you make a bad shot, it’s okay to be frustrated, but let that frustration go before you move on to the next shot. Tiger Woods follows the ten-step rule, allowing himself the first ten steps after a shot to get angry and vent his frustration, but as soon as he’s gone ten steps he lets it go and mentally moves on to the next shot.

As we head into the winter months, use this time to embrace the power of positive thinking, practice meditation and do some concentration exercises. By the time spring rolls around, you might have your mental game in such good shape that you shave some points off your score.

Go on an Art Adventure
Get the Most out of your Golf Game, Even in the Rain